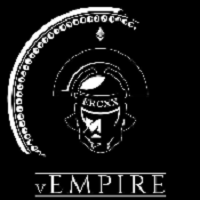 🤠Venture into the open world of MIR and start your adventure.🔮You can play it your way. Enjoy the peaceful life of hunting, gathering, and crafting or join a powerful clan to participate in large scale PVP with other allies and enemies.🌄Capture the Hidden Valley and collect taxes on profits from the territory, set a bounty on a foe and get assistance from allies to hunt down your enemy, join a 50 player raid and get some rare loot, declare war on enemy clans, participate in castle sieges, there are so much content that all contribute to your character’s growth in the world of MIR. Whatever you choose, your story will be legendary.Now MIR4 will be launched on Binance Smart Chain🤠🤠🌟 Total supply: 1,000,000,000 #DRACO1️⃣ Game activity rewards: 25% (Locked)2️⃣ Smelting: 40% (Locked)3️⃣ Pancakeswap Fair Launch: 30%4️⃣ Team: 5% (Locked)🚀 Fair launch on Pancakeswap: 14:00 UTC, Oct 22

What do you think about MIR4

Vote for MIR4 to increase its rank!